Behind the scenes of the new Zendesk demo

Matthew Latkiewicz, Creative Manager of the Zendesk video team, sat down and answered a few questions about how his team put together our new product demo and what went on behind the scenes. Zendesks video team includes Kevin Cline and John Xiao, and together they produce commercials, product tutorials, internal-only videos, and really fun brand videos like our recent Zombie-off entry against HootSuite.

A fun fact: Latkiewicz has been with Zendesk over four years and began as a member of the Zendesk support team. He also sports really a cool forearm tattoo that reads: Persevere.

What was the inspiration for the demo video concept?

This was meant to be a complement to a previous video we made called The story of support ticket #24, which is narrative and character-based and about a young woman who has issues with her camera and writes in to a company using Zendesk to provide customer service. And theres a guinea pig in it. In that video we started with the concept of asking, Why would you need Zendesk? The answer was, To have a better relationship with your customers. So the next piece we felt we needed to tell was: What do you get when you get Zendesk? In this video we wanted the product to be the main character. We wanted to strip away as much as we could and boil it down to the customer, agent, and manager and focus on what connects these people. Because thats what Zendesk is for. Its for connecting those three people.

How did you create the infinite white room effect, where it looks like she's in a construct from The Matrix?

We shot it here at a studio in San Francisco called Hampshire Street Studios that has whats called a white cove, which is a wall that doesnt have a corner. Its like a slope, like a really deep half-pipe, so you dont get any shadows. 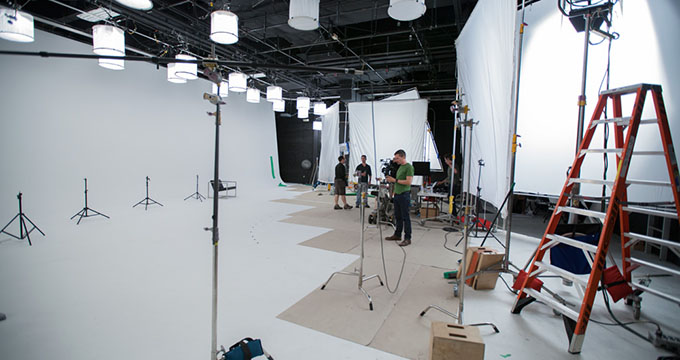 We shot it using the white cove because we like showing the product in a clean and airy environment, but we also wanted to have real people interacting with it. It's like putting those people inside our product tutorial videos, which are all animated and in this white, clean space. The longest part of the process was all the animation that went into it. That process just takes a long time, and we did that for six different videos, in six different languages.

We wanted to have this material available in the native languages for our biggest markets, and that meant doing the video in English, Spanish, French, German, Japanese, and Brazilian Portuguese. In the original concept of the video, there was actually an onscreen host, and we shot it with six different hosts. This is one of the things you try so hard to imagine ahead of time, but inevitably, while it seemed like we got what we wanted the days of the shoot, afterwards we were like, This is not working. It does not look good. That was a dark, dark night... So we ended up cutting them. Then we re-recorded everyone, just in voiceover. 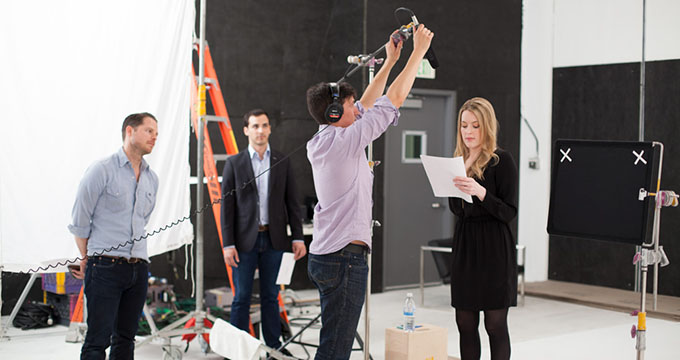 So, is it safe to say that using Zendesk is a million times easier than the process of putting together this demo video?

Did you shoot using real Zendesk employees, or actors?

A little of both. The people who are in the final English version are all actors, and the voiceover is me. In the Japanese version, the person who plays the manager runs the User Experience team at Zendesk.

Whats the deal with the lion?

The lion is the Zendesk power talisman! The lion was just on set when we were doing The story of support ticket #24. We took a shot of me turning the lion and just loved that shot and thought it was cute and that it was part of this little world that wed built.

Because were all film and video nerds, theres something charming to us about having elements that tie the world together. That when you watch one video, you are given signals that its part of the same universe as the other videos. So, like, in Quentin Tarantinos first three movies (True Romance, Reservoir Dogs, and Pulp Fiction), theres a character named Alabama in all of them. Even if shes not a main character, shes referenced throughout. I remember experiencing that as an audience member and just being like, Oh, yeah, shit is connected. Cool! Even if it doesnt lead anywhere, it still gives you this sense that theres a richness to this world thats beyond whats in front of you. So we want to do something similarnot because were delusional and think were making Pulp Fictionbut because we want people to have a relationship to our brand, and we want there to be a warmth, a kind of a little wink in it.

You have a cameo in the new demo video. Are you also a Zendesk power talisman?

The high-five moment in the current video represents one of the things we struggle with when trying to be really straightforward about the product, trying not to be boring and dry. Were always looking for moments where we can break the rhythm of a product video and let the audience know theyre dealing with people and a company that has a personality. The high-five is a great example for us of how to throw in a moment of lightness. We used to try really hard to put jokes in, but it ends up being a little awkward.

Whats the secret behind the support agent moving before you even press play?

That was an idea that the web design team had. Its a trend thats happening in web design and we wanted to try it. But because we hadnt thought of that ahead of time, we just had to deal with whatever footage we had that would work in a loop. We knew we wanted to go with something that was very, very simple, from a composition standpoint, and we had just a bunch of shots of Ariel, who played the agent, typing, and at one point Kevin made a joke and she looked up and smiled. So that was just an accident, and we liked that it was sweet. And it was also a little like, Oop, hello!

Have feedback? Improving our relationship with our customers is our business, too.