In 2015, when McKinsey started its annual survey on women in the workforce, the numbers said it would take 100 years to reach equity. Every year since, there have been incremental gains—until COVID-19 threatened to wipe out many of those gains. Femily, Silicon Valley’s gender advisor, interviewed McKinsey partner Jess Huang in a panel titled “2020: A Pivotal Moment for Women in the Workplace” for the 2021 SXSW virtual conference. They covered how hard women have been hit and also shared ways that everyone from bosses at work to partners at home can help right the ship.

“Before this year, we were seeing nice strides; we were seeing companies doing the right things to make their workplaces better for women,” Huang said. Many of the old paradigms in which women failed to negotiate for raises or ask for promotions were no longer prevalent, and women were no more likely than men to leave the workplace to stay home with kids. “But then this year hit, and things changed absolutely,” Huang added.

McKinsey interviewed 40,000 employees during 2020 and found that one in four women were considering taking a step back from their careers or leaving the workplace altogether. The systems they relied on for support and childcare, from eldercare to schools, were no longer an option.

“We've done this research year after year, and what we've seen is that when companies have diverse leadership at the top and there's gender diversity, those companies outperform their peers.” The correlation holds across 1,000 companies in 15 countries.

The retreat of women and impact of COVID

In general, women wound up carrying a lot more of the burden of COVID-19. They were the ones who stopped working to homeschool children or oversee their education; they were the ones to take care of elderly parents; they were the ones to do the home chores. On top of that, they did most of the heavy lifting when it came to the emotional labor of helping employees, co-workers, and others cope with the prolonged stress and trauma of the pandemic.

“What we've seen is that when companies have diverse leadership at the top and there's gender diversity, those companies outperform their peers.”Jess Huang, partner at McKinsey & Company

“We looked at fathers and mothers in these heterosexual dual-career couple households, and what fathers told us is that 72 percent of them believe that they are splitting housework equally with their partners,” Huang said. “The number for mothers is only 44 percent, so there is a massive disconnect. And, you know, to rub salt in the wound…their partners aren't even recognizing it.”

The pandemic has been even tougher for women of color, who faced an extra burden before the pandemic and the piling on of increased racial tensions.

“Women of color were always having a hard time in the workplace,” Huang said. “So, for every challenge a white woman faced, Black women faced even more. Imagine what it's like to be a Black woman who shows up to work. You take the elevator up, you're the only Black woman in the elevator. You get to the office, go to your first meeting—you're the only Black woman at that meeting. It happens throughout the entire day…as we're having lunch at the cafeteria, at happy hour after work. It takes a big toll on you when you are the only person there representing your entire race and gender. You feel scrutinized. We also know that when you're an ‘only,’ you’re more likely to face microaggressions. That could look like people being surprised that you're so articulate, people being shocked that you're at the meeting or that you’re actually running the meeting. All of these things really make it hard for Black women to show up to work and feel like they can perform at their best.”

More than half the Black women surveyed, Huang said, reported that they were often the only Black woman in the room.

[Related read: How men can serve as allies for women in the workplace]

The importance of being (and having) allies and advocates

McKinsey’s research also showed that while Black women without allies don’t feel supported at work and feel like they’re impeded from advancement, Black women who do have allies report a much better experience at work—one similar to that of white women. Yet historically, it has been other white women, rather than men, who tend to serve as allies for women of color.

While Black women without allies don’t feel supported at work and feel like they’re impeded from advancement, Black women who do have allies report a much better experience at work—one similar to that of white women.

And frankly, the numbers are lower than white people think. While 60 percent of people identify themselves as allies, far fewer can actually pinpoint actions they have taken as allies.

“This is corporate America’s problem, and it’s something we will have to address together,” Huang said.

Unfortunately, she continued, too many companies make it Black women’s task to fix a problem that is not of their making—like having support groups for Black women.

“The biggest don't,” Huang said, “is to assume there is a simple solution, or a silver bullet, that will solve the challenge of every single one of your employees…it’s not going to be one thing, it's many things. And they need to be targeted at specific challenges that potentially specific groups of employees are facing.”

Another big don’t, she said, is for companies to shrug their shoulders and say, “Women are leaving the workforce, there's nothing we can do about it.” That’s letting a crisis that presents opportunities go to waste. This is the opportunity to make a more equitable workplace for women and solve some of the problems women have been forced to contend with.

Leaders need to create sponsorships, which go beyond mentorship. Sponsorship means actively seeking ways to create opportunities for someone to advance their careers or show up and perform their best. This could be creating a stretch opportunity to increase someone’s visibility to senior leadership, or it could be as simple as recommending an employee to a colleague for a project.

Leaders need to create sponsorships, which go beyond mentorship. Sponsorship means actively seeking ways to create opportunities for someone to advance their careers or show up and perform their best.

Huang said, “It can actually be the day-to-day things where you make sure that if someone is interrupted. you redirect the conversation back to her. Or, you make space for them in the conversation to start with and give them credit for their ideas. All of those little things can really add up and make a big difference for the experience of women in the workplace.”

Men should also consider sponsoring people who don’t “look like them.”

“It’s tempting to think about sponsoring people who look just like you because it's most comfortable,” Huang noted. “You went to the same school, you have a similar background, you grew up in the same town. But it’s really sponsoring people who are not like you that will help make a difference. If you think about the pipeline and the fact that there are so many more men than women at senior levels, it will make a big difference for senior men to support women and sponsor them.”

[Related read: What will we leave behind for the underrepresented in tech?]

Huang herself has benefitted from senior men at McKinsey creating opportunities for her. “Sometimes, they put me in situations where I felt I was totally unprepared, but they really felt like I could rise to the challenge and succeed, and without that, I would not be a partner at McKinsey today.”

McKinsey sends out a survey to ask employees who their sponsors are and/or who they are sponsoring. The data reveals who may be lacking sponsorship and where the connections feel uneven. The goal is to have a sponsor for every single person. One of the hallmarks of being a good ally, for example, is sponsoring someone who doesn’t look or live like you do.

Finally, partners at home can take on more of the home chores and even take a day off to do all the work their partner has been doing. That would be an eye-opening experience that could make a big difference.

2020 and 2021 are revealing a lot of deep challenges. The goal is to make the changes they inspire as powerful as the challenges have been.

Take actionable steps towards building a robust and adaptable employee experience for everyone.

The future of work pivots on people, tools, and communication. This ebook clearly explains how Zendesk empowers HR and IT teams to help every employee, focus their talents on complex projects, and scale with ease. 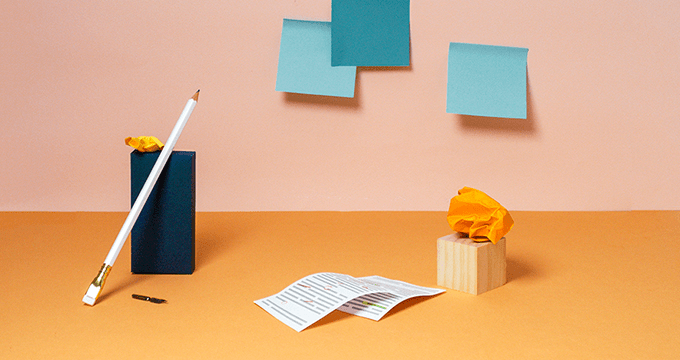 How mid- to large-size businesses can accelerate EX success

Companies have made seismic shifts in how they do business in the past 18 months. Customer…